Finding The Right Hire For Your Business With Laura Nelson 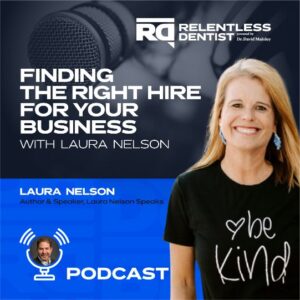 Hiring is complicated. You don’t want to be working with a team who doesn’t embrace and support your goals. Good thing Laura Nelson is there to guide us throughout the process. She recently released a new book, “Hiring without Hesitation: A How-To for Small Business Success” which I am excited to share. I’ve known Laura for a long time, and I admire the honest value she’s bringing to the dental industry.

Listen in as Laura talks about best practices in hiring the right people for your practice and how to quickly spot a potential rockstar. She also touches on office culture and why you should involve the whole team in the hiring process.