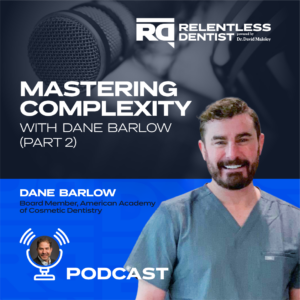 The first steps toward high-level achievements and breakthroughs are seemingly simple—and yet surprisingly hard to consistently execute. In this second part of my two-part conversation with Dane Barlow, we talk about what it takes to become someone who can methodically figure out difficult challenges and skills. (If you haven’t heard the first part, make sure to listen to it now.) This is an incredibly powerful conversation, and I know you will get so much out of it.

Listen in as Dane emphasizes the importance of consistency in the small things and how that translates into high achievement. He shares some intensely painful moments that really helped define what being a true champion and achiever is, as well as why it’s so critical to put in the work. You’ll learn what makes achievement more meaningful and why so many people miss the point of true accomplishment.